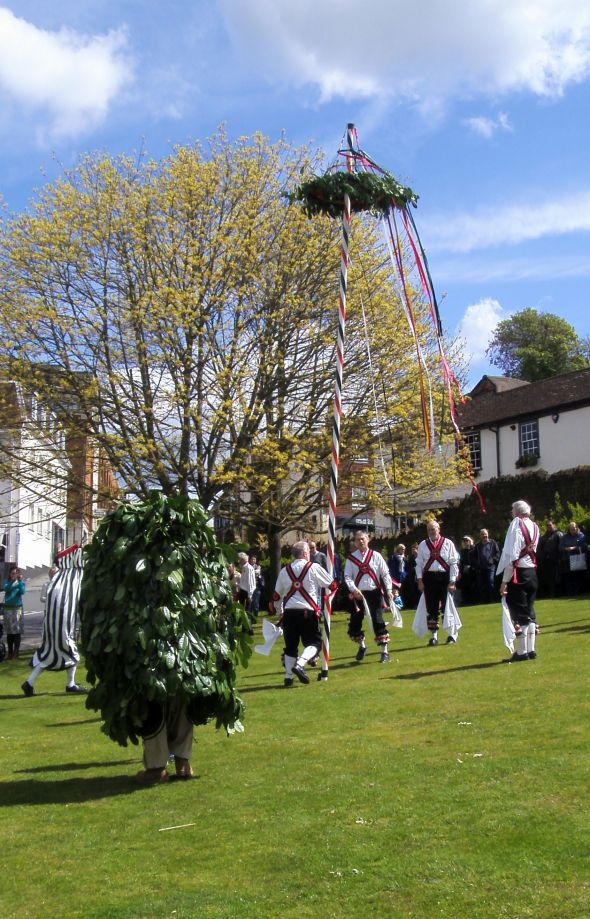 Many thanks to Jodi Bailey for these fantastic pictures of this years Guildford Jack-in-the-Green.

The Guildford Jack-in-the-Green was revived in 1976. Known as The Guildford Bush, this Jack is accompanied by the Pilgrim Morris Men of Guildford during the annual Summerpole all day event in Guildford. They meet at the bottom of the High street and process to Holy Trinity Church with the Maypole. The Maypole is erected on Castle Green and the dancing involving guest Morris sides begins. This Jack was revived in 1976 by Pilgrim Morris. For many years the Jack was carried by folklorist  George Frampton. Pilgrim Morris were founded in 1972, during the summer months they dance around Surrey and north-east Hampshire, and occasionally further afield. The Guildford Jack is built from Laurel and usually stands just ten inches higher than the occupant who is “Usually somebody of less than average height.” “The activity of the bush depends on the inclination of the carrier. Sometimes it gets in the way of the dancers and entertains the public and at other times it just stands around”

It has long been my hope to be able to obtain at least one picture of every Jack that goes out across the UK each year to add to our online Flickr archive and provide a visual record of this wonderful tradition for generations to come.

I’m still trying to track down pictures of a number of Jacks from this year. If you can help and have the copyright owners permission please get in contact via the ‘Contact us’ tab at the top of this blog. Copyright of any pictures added to our archive always remains with the original photographer and pictures are only ever used with permission of the copyright owner.

The Jacks I’m still looking for pictures of from 2016 are: 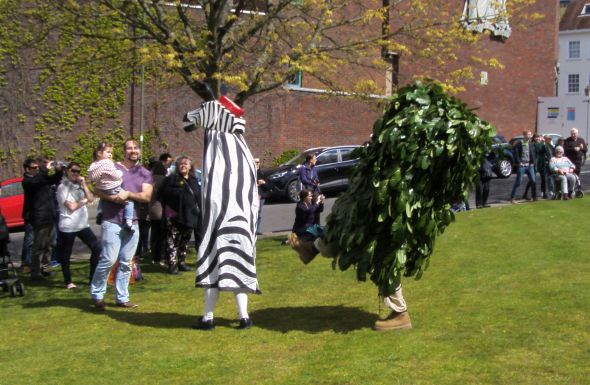 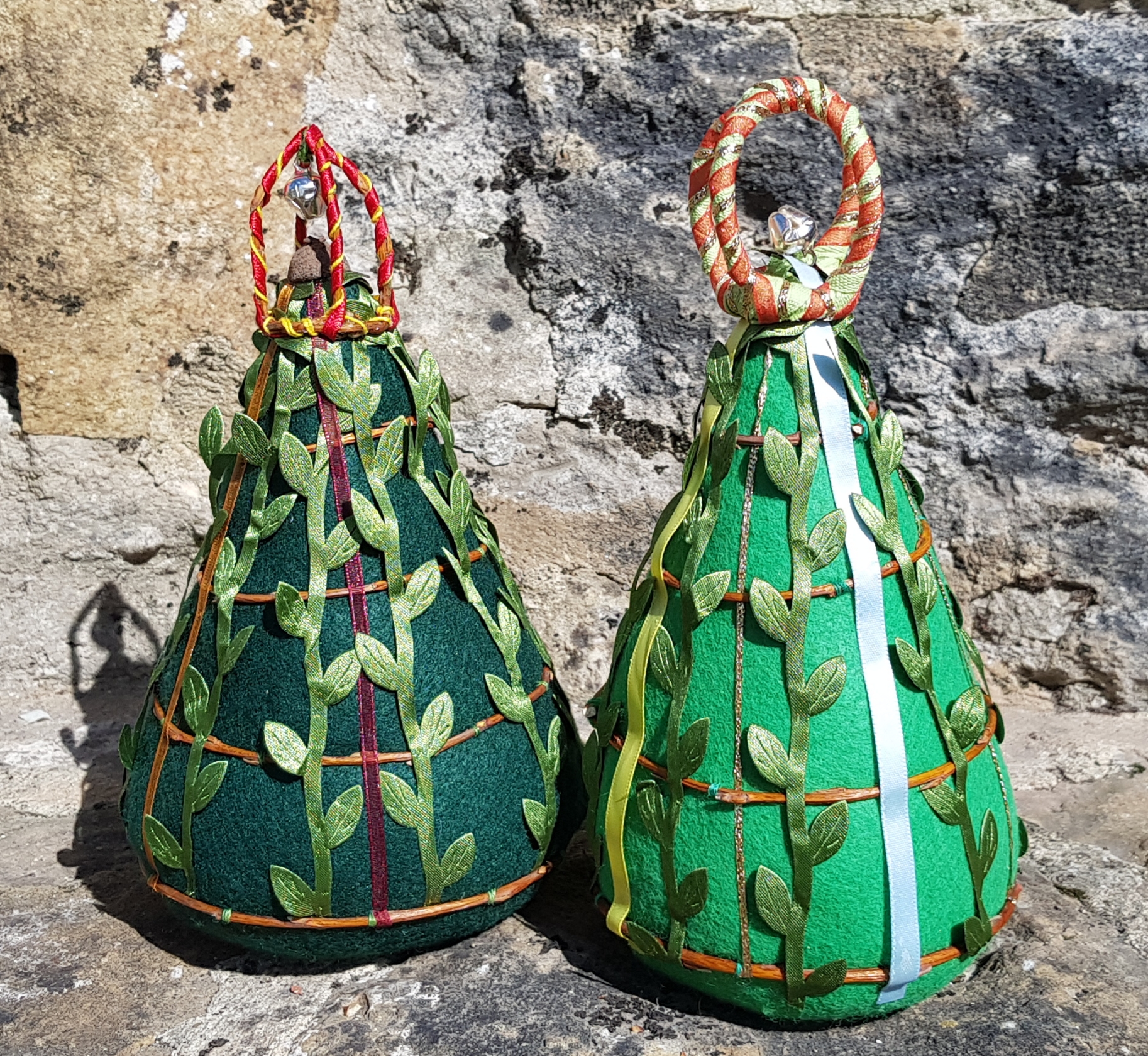